What Happens if the Other Driver Admits Fault? If you’ve been in an auto accident, the more information you can gather about the END_OF_DOCUMENT_TOKEN_TO_BE_REPLACED Chicago is rich in arts and culture. Whether you’re visiting from out of town or END_OF_DOCUMENT_TOKEN_TO_BE_REPLACED 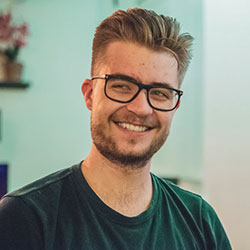 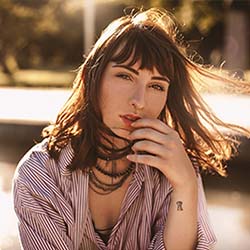 Collisions are stressful situations, but it’s essential to know the likely results of different kinds of claims to maintain your full legal rights. There are times when a collision’s cause is so clear that one side must admit fault. Here we’ll go into the ramifications in cases where the other driver admits legal fault in Illinois.

Defining an Admission of Fault

Admitting fault may come naturally under circumstances where one driver feels it’s necessary. The repercussions of that legal claim have many adverse effects, so it is almost always a bad idea. Admission of fault, under most circumstances, counts as a declaration that no compensation is required in favor of the one making the admission. An acknowledgment of partial fault may leave the one making the admission eligible for compensation, but that’s generally up to the presiding judge.

What Are Common Scenarios Related to Drivers Admitting Fault?

Here we’ll go into detail on the impact of claiming different fault levels and types by describing a few common scenarios. The fault levels and types may seem like insignificant details. In Illinois, however, they determine what types of damages should be covered by each party. When proven, the claims made in this way make the difference between massive and minor levels of liability — according to Illinois law, admitting fault to different people matters in different ways. All drivers are required to have car insurance in Illinois, so let’s assume both drivers do in each scenario.

What Happens if the Other Driver Apologizes?

This is the most common form of scenario related to admission of fault. Think about what percentage of responsibility could be justly claimed by each side if two drivers, you and another, struck each other at a blind angle. Perhaps both turn a corner, do not see each other, and collide. Neither driver had any chance to react to avoid the collision. The other driver gets out of the vehicle and says, “I’m sorry.” This makes a significant legal difference, especially under circumstances where the other driver explains the accident in a way that does not admit fault.

However, each side is logically half liable since no one could control the situation and the collision took place through no fault of either side. The legal reality is this: The other driver just gave up all right to compensation by admitting fault. It may be culturally correct to apologize, but it’s legally incorrect.

Making no apology doesn’t reflect negatively on any driver involved in a collision on a legal level. Instead, saying “I’m glad you’re alright” and stating the facts related to the accident are acceptable alternatives that carry no lawful admission of fault.

What Happens if the Other Driver Makes an Admission to the Police?

Even if a driver doesn’t admit fault to the insurance companies or the other driver, it is taken down on an official police report if they make an admission to an officer. If the other driver apologizes for a wreck to a police officer, it may be recorded as an admission of fault on their part. Or suppose the other driver details the collision and admits an action that suggests fault. In that case, they may be declared totally at fault in the documentation.

A legal admission of fault on an official police document will carry a great deal of weight in a courtroom where the degree of responsibility is decided. Such a document may be enough to cause the other driver’s insurance company to cover all the damages since their side’s position in court has been made indefensible.

What if the Other Driver Makes an Admission to Their Attorney?

If one driver doesn’t admit fault to the other driver, makes no admission to the police officer, but then admits a suspicion of their own fault to their attorney, they have made no damaging admission of legal responsibility. The honorable state of Illinois and her lawfully appointed judicial officials deeply respect the principle of attorney-client privilege. In Illinois, the weight of that privilege is in the hands of the client.

This means that the client, not the attorney, decides what information is privileged and what to release. In the state of Illinois, according to the just judgment of her Supreme Court, the violation of attorney-client privilege can be compelled through the subject matter waiver doctrine.

How Is Fault Determined in an Accident in Illinois?

Illinois adheres to the principle of comparative fault in car accident cases. This means that each driver may be found to carry a share of the blame, represented in percentage form. The drivers must either cover the percentages themselves or have their insurance companies do it.

Juries in car accident cases are tasked with calculating two things in such cases: the total dollar cost of the plaintiff’s damages and the percentage of fault belonging to each party. Under the right circumstances, the fault percentage can still equal zero for both parties or zero for one party and 100% for the other.

Holding onto car insurance isn’t just crucial for active drivers. It is legally mandated on a state level. To comply with the law at the lowest possible price, go with American Auto Insurance. Our available coverage touches all the points you’ll need, from liability and comprehensive coverage to personal injury coverage. Always remember: Never admit fault in case of a car accident. You’ll only be doing damage to your case if you do. Instead, relate the bare basics of what happened in a way that doesn’t admit fault to anyone but your lawyer, who is covered by the attorney-client privilege.